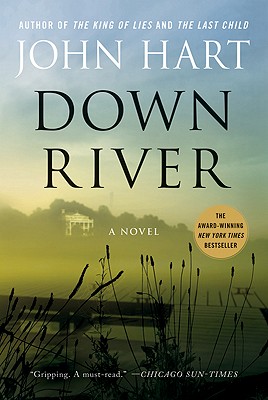 A powerful, heart-pounding thriller from the unparalleled New York Times bestselling and two-time Edgar Award-winning author of The Last Child and The King of Lies, Down River will haunt your thoughts long after the last page is turned.

Adam Chase has a violent streak, and for good reason. As a boy, he saw things no child should witness, suffered wounds that left him misunderstood--a fighter. Even grown, he remains dangerous and unpredictable, so that when he narrowly beats a murder charge, he's hounded out of town, exiled for a sin he did not commit. For five long years, he disappears. But now he's back, and no one knows why - not his family or the cops, not the enemies he left behind. But Adam has his reasons. Attacked within hours of his return, the tone of his homecoming is set. As bodies turn up and the town rises in anger, Adam again finds himself in the fight of his life, not just to prove his innocence, but to reclaim the only life he's ever wanted. Secrets build on secrets, emotions tear, and more than one person crosses the brink as Hart examines the lengths to which people will go for money, family, and revenge.
Praise for John Hart and Down River

" Hart] combines gripping plots with a wonderful gift for prose, making his books literary crowd-pleasers that appeal to the brain as well as the emotions. There are few books published that can legitimately be called "a must-read," but this is one of them." --Chicago Sun Times

"An artist adding layers of paint ... Hart takes his time, snaring the reader with evocative storytelling and lush prose along with the usual quota of conflict and murder." --The Boston Globe

" A] complex, emotionally charged novel... Down River is a beautifully constructed story of personal redemption, family secrets, and murder.... A truly splendid novel with a deep emotional core." --Booklist (starred)

"Richly atmospheric... should settle once and for all the question of whether thrillers and mysteries can also be literature." -Publishers Weekly, starred review

"Falls squarely in the league of the best of Southern novels." --South Florida Sun Sentinel