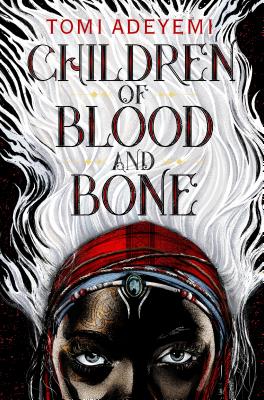 CHILDREN OF BLOOD AND BONE (ORISHA LEGACY, NO 1)

Henry Holt and Company 3/6/2018. New hardcover. in Brand New jacket. Later printing. Store pick: Zelie is a girl with magic in her blood, in a land where magic has been destroyed and outlawed by the cruel king. When she accidentally rescues the princess and the prince/captain of the guard comes after her, Zelie goes on the run with her brother and the princess, discovering that she has been chosen by the gods to bring magic back to the world. But before she can defeat the king and save her people, Zelie must face her own powers and what this mission might cost her and the people she loves. With rich world building and fantastic mythology, readers of Leigh Bardugo's Grisha trilogy will love this book. -Melissa O., store employee

They killed my mother.
They took our magic.
They tried to bury us.

But everything changed the night magic disappeared. Under the orders of a ruthless king, maji were killed, leaving Z lie without a mother and her people without hope.

Now Z lie has one chance to bring back magic and strike against the monarchy. With the help of a rogue princess, Z lie must outwit and outrun the crown prince, who is hell-bent on eradicating magic for good.

Danger lurks in Or sha, where snow leoponaires prowl and vengeful spirits wait in the waters. Yet the greatest danger may be Z lie herself as she struggles to control her powers and her growing feelings for an enemy.

"You will be changed. You will be ready to rise up and reclaim your own magic " --New York Times-bestselling author Dhonielle Clayton

"The next big thing in literature and film." --Ebony

This title has Common Core connections.

Title: CHILDREN OF BLOOD AND BONE (ORISHA LEGACY, NO 1)

CHILDREN OF BLOOD AND BONE (ORISHA LEGACY, NO 1)