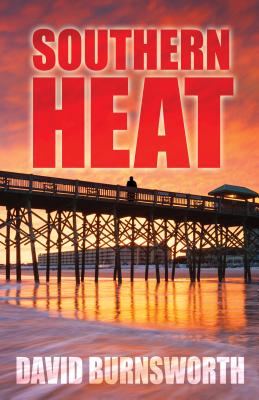 Gunshots echo down an antebellum Charleston alley. Brack Pelton, an ex-racecar driver and Afghanistan War veteran, witnesses the murder of his uncle, Reggie Sails. Darcy Wells, the pretty Palmetto Pulse reporter, investigates Reggie's murder and targets Brack.
The sole heir of his uncle's estate, Brack receives a rundown bar called the Pirate's Cove, a rotting beach house, and one hundred acres of preserved and valuable wetland along the Ashley River. A member of Charleston's wealthiest and oldest families offers Brack four million dollars for the land. All Brack wants is his uncle's killer.
From the sandy beaches of Isle of Palms, through the nineteenth-century mansions lining the historic Battery, to the marshlands surrounding the county, Southern Heat is drenched in the humidity of the lowcountry.

Description: Five Star 2/26/2014. New hardcover. in Brand New jacket. Later printing. Store pick, recommended by Nancy M.: Brack Pelton is still grieving the death of his wife and still regretting that his three years as a Marine in Afghanastan didn’t get him killed, when he witnesses the death of his uncle in an alley in Charleston. Determined to find his uncle’s killer, Brack teams up with some unlikely help as he tries to stay alive and out of jail. I loved Brack’s attitude and his sarcasm, I loved the characters that he teamed up with, I loved the setting and I loved the story. I hope this isn’t the last we see of Brack Pelton and Pirate’s Cove. -Nancy M., store volunteer Signed by author.