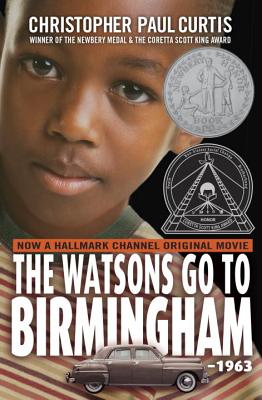 Enter the hilarious world of ten-year-old Kenny and his family, the Weird Watsons of Flint, Michigan. There's Momma, Dad, little sister Joetta, and brother Byron, who's thirteen and an "official juvenile delinquent." When Byron gets to be too much trouble, they head South to Birmingham to visit Grandma, the one person who can shape him up. And they happen to be in Birmingham when Grandma's church is blown up. AN ALA TOP TEN BEST BOOK
AN ALA NOTABLE CHILDREN'S BOOK
AN IRA YOUNG ADULT'S CHOICE
A NEW YORK TIMES BOOK REVIEW BEST BOOK
NAMED TO MULTIPLE STATE AWARD LISTS "Every so often a book becomes a modern classic almost as soon as it arrives on bookshelves. That happened in the mid-'90s when Christopher Paul Curtis released his first book, The Watsons Go to Birmingham -- 1963." --NPR