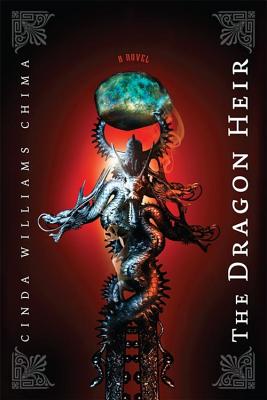 The covenant that was meant to keep the wizard wars at bay has been stolen, and Trinity must prepare for attack. Everyone is doing their part -- Seph is monitoring the Weirwalls; Jack and Ellen are training their ghostly army; even Anaweir Will and Fitch are setting booby traps around the town's perimeter. But to Jason Haley, it seems like everyone wants to keep him out of the action. He may not be the most powerful wizard in Trinity, but he's prepared to fight for his friends. When Jason finds a powerful talisman --a huge opal called the Dragonheart--buried in a cave, his role takes on new importance. The stone seems to sing to Jason's very soul -- showing him that he is meant for more than anyone guessed. Trinity's guardians take the stone away after they realize that it may be a weapon powerful enough to save them all. Without any significant power of his own, and now without the stone, what can Jason possibly do to help the people he cares about -- and to prove his mettle?Madison Moss can feel the beating heart of the opal, too. The desire for it surges through her, drawing her to it. But Maddie has other things besides the Dragonheart on her mind. She has a secret. Ever since absorbing the magical blow that was meant to kill Seph, she's been leaking dark powers. Although Maddie herself is immune to magic, what would her friends think if they knew what kind of evil lay within her? Trinity's enemies are as enthusiastic about her powers as she is frightened. They think they can use her to get to the Dragonheart -- and they'll use anyone Maddie cares about to make her steal the stone for them. Moral compasses spin out of control as a final battle storms through what was once a sanctuary for the gifted. With so much to lose, what will Jason and Maddie be willing to fight for -- and what will they sacrifice? Every man is for himself in this thrilling conclusion to the Heir trilogy.