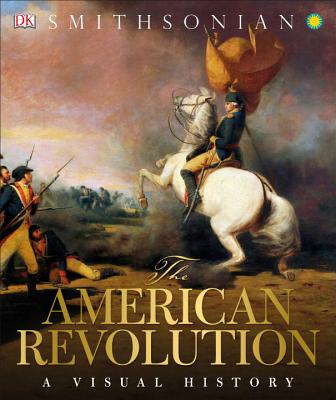 The American Revolution will transport you back in time and onto the frontlines. This complete overview of the war brings all the action to life, from the Boston Massacre and the Boston Tea Party to the Declaration of Independence and the Treaty of Paris.

Beginning with the first stirrings of colonial resistance, The American Revolution presents illustrated accounts of every major military action and comprehensive timelines for every stage of the war. Revealing first-person accounts by soldiers and civilians and profiles of the war's main protagonists, from George Washington to Benedict Arnold. Gallery spreads feature collections of weapons and uniforms, and feature sections detail the politics of the war, such as the treatment of prisoners and the revolution's implications for women, Native Americans, and African Americans.

Two hundred and forty years after the signing of the Declaration of Independence, The American Revolution demonstrates that the story of how America overthrew the British is as meaningful today as it was when the ink was still wet on the parchment.

Created in association with the Smithsonian Institution.