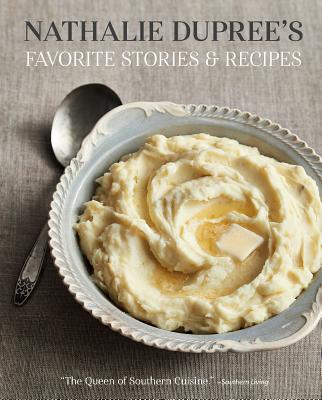 Nathalie Dupree is a storyteller, and in celebration of her 80th birthday in December 1919, she shares her favorite culinary stories, which trace her journey from a budding cook for her college friends, though her years as a restaurant cook and cooking instructor. Her activist spirit, humor, feisty personality, and authoritative knowledge of cooking make this a must-have cookbook for everyone who has watched her on TV, read her articles in magazines and newspapers, or invoked her name in a conversation about Southern food.

Nathalie Dupree is the best-selling author of 14 cookbooks, and host of more than 300 national and international cooking shows. She has been the president of the Atlanta chapter of the International Women's Forum, founder and past president of IACP (International Association of Culinary Professionals), founder and board member of Southern Foodways, and founder and co-president of two chapters of Les Dames d'Escoffier by whom she was awarded the honor of "Grande Dame. She was the founding president of the Charleston Wine and Food Festival. She was named the 2013 Woman of the Year from the French Master Chefs of America, and received Slow Food Charleston's 2016 Snail Award. Her books New Southern Cooking and Mastering the Art of Southern Cooking are on the 2017 Southern Living 100 best cookbooks of all time list. She lives in Charleston.

Cynthia Stevens Graubart, co-author of James Beard Award-winning Mastering the Art of Southern Cooking and Southern Biscuits with Nathalie Dupree, and author of The One-Armed Cook, called the culinary version of What to Expect When You're Expecting. She produced Nathalie Dupree's New Southern Cooking, the first nationally distributed television series from Georgia Public Television, among many other television series during her television career. She lives in Atlanta, Georgia.